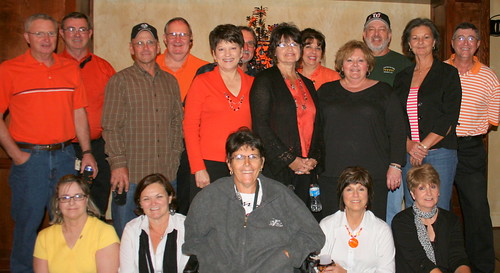 Not Pictured…  But attended the Reunion: Scott Landry & Berle Pullin

The class reunion gathering was held on October 23, 2010, at Bonne Soiree in Erath, LA.    Because this was not a 5 year or a 10 year reunion, we had our annual class dinner.  Our night was a fun night of good food, good friends and fun.  Thanks to Jocelyn, we have a lot of pictures to share with everyone.  Thanks Jocelyn!

Dale Babineaux and his wife, Marsha came in from Texas and surprised everyone! It was good seeing Dale again; our 10 year class reunion was his last visit with us!  I’m sure we all looked a little different to him!

What an exciting night it was for Charlene Bourque!  Chris Mayard sold 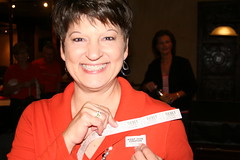 The “Pretzel & Q-Tip Game” had everyone roaring with laughter!  You think it’s easy to stick a Q-tip into a pretzel hole when your eyes are on top and you can’t see?  Well think again. 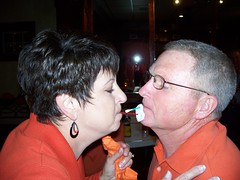 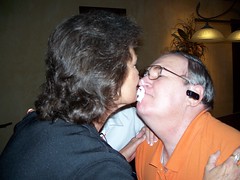 The object of the game is to pass the preztel to the last person as quickly as possible.  You begin by forming  2 teams.  Each team is split in half and the team member who passes the pretzel to the last team member…. Wins!

It takes a lot of patience, skill, determination, balance and control to pass the pretzel to the next person.  Then it gets worse…  The person intercepting the pretzel has to next walk over to the next team member and do it “again” without dropping the preztel.  In some instances, guidance was given by the spectators and other team members. 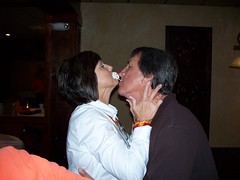 Sandy and Benny seem to be VERY involved in passing the preztel for their team and  Evelyn and Dale are being VERY CAREFUL!  Somehow Charlene and Darcy seem like they are enjoying just playing with the preztel!

By being on the “The Winning Team” you were automatic candidates to a drawing.  Teena LeBlanc  pulled  The Winning Person’s name.

It was Ricky Segura. He won 6 tickets to the UL game on November 20th.  Go UL! 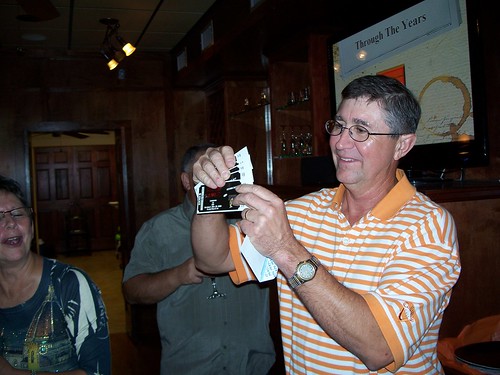 “Turn Me On with a String”

This game had everyone in stitches they were laughing so much! “Turn Me On with a String”!  Boy did this get everyone worked up!  The object of the game was to form two teams.  There were two very long strings with a weight tied to the end of both strings. 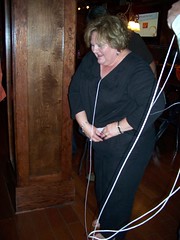 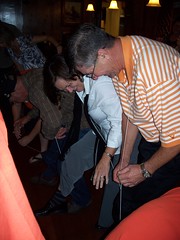 Nina Landry “Turn Me On With A String” Winner!
$20.00 Gift Certifcate from Academy 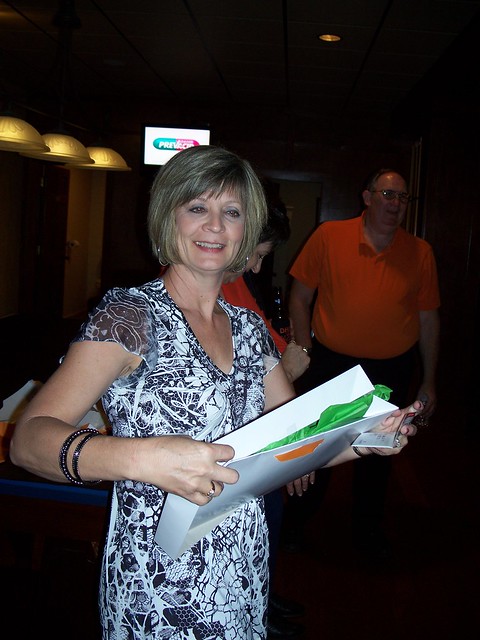 “Pull A Name Out of the Hat – Drawing”

Teena LeBlanc did the honor of pulling a name for a drawing.  The names in the hat consisted of everyone present at the party!  Sandra Lopez won!  She won Halloween and Christmas decorative placques.

There were door prizes, and we played games for prizes, too!  We started our night with fun by having a “Count The Corn” contest.  The object of the game was to determine how many candy corn was in the jar.  Doyle Dooley (Ann Derise’s) husband won the price.  Doyle’s prize was a picture frame and a lamp oil. 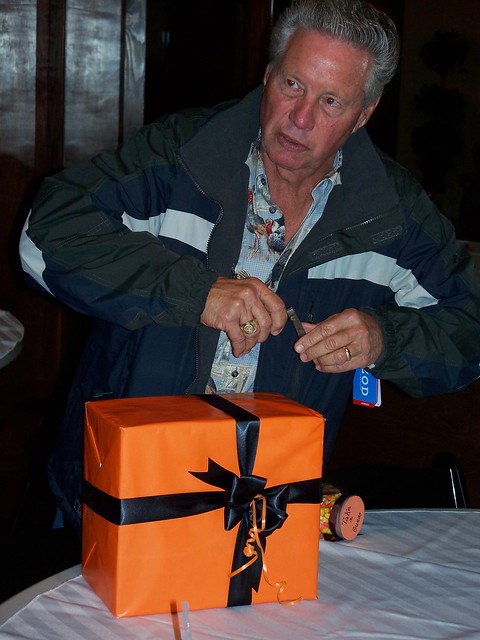 Visit ALL of our  Class Reunion Pictures on flickr